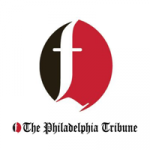 As people lost their homes during the financial crisis of 2008 and it became more difficult for consumers to become homeowners due to higher interest rates and stiffer lending requirements, there was a national spike in the demand for rental housing.

When investors responded to the increased demand by building high-end apartments in areas like Center City Philadelphia or single-family homes in the suburbs, this left a major gap in the city’s residential marketplace for the working class.

“What became clear is that there had not been a meaningful response to providing rental housing for working people — for families — and so there was a hole in the market,” said Tawan Davis, CEO of real estate investment firm Steinbridge Group.

Davis’ firm is responding to the need for affordable housing by investing up to $425 million across various markets for the acquisition and refurbishment of single-family and small multifamily residences.

The firm is investing $50 million to acquire upward of 500 properties in sections of Philadelphia where people are being displaced due to gentrification, such as Lower Strawberry Mansion, Mantua, University West, Newbold, Gray’s Ferry, Olde Kensington and Port Richmond.

Steinbridge launched the program in Philadelphia with the purchase of about 60 houses. The homes will be renovated and rented out to working-class families for about $1,000 to $1,500 a month.

“Instead of going into high-end neighborhoods, we are focusing on the neighborhoods that are experiencing dislocation — where there is a real need to build a bridge to transition,” Davis said.

“I don’t think that we can stop gentrification, but our goal is to be a bridge to transition. We’re trying to help stabilize the neighborhoods. As these neighborhoods transition, people who have lived there want to stay in and around the neighborhood that they are comfortable in.”

His focus on providing an option for rental housing comes as the dynamics of homeownership is changing in America. Davis noted that U.S. homeownership dropped by 17 percent after the economic downturn and the average couple rents for seven years before buying a home, compared to 2.2 years in the 1980s.

“I think that we have to recognize that homeowner reality in America has changed dramatically and that it is a longer walk to homeownership for most families than it used to be,” said Davis, a graduate of Harvard’s Business School.

“There is a longer walk to homeownership and what that means is that people will rent for longer but it also allows them to save more, improve their credit scores and put away cash for a down payment and prepare for homeownership while living in a neighborhood that they are familiar with, in a house that is nice. So that’s is really the opportunity that we are providing. We’re not the solution. We’re not the end goal. We’re a bridge.”

Steinbridge partnered with Alacrity Services, a wholly owned subsidiary of Lowe’s, to build out its single-family residential program.

“We are thrilled to be partnering with The Steinbridge Group and to be part of its vision to bring reliability and quality to the Philadelphia urban rental housing market,” Jonathan Miko, president of Alacrity Services, said in a news release.

“We pride ourselves on providing an experienced, elite network of independent contractors and are excited to work together to deliver affordable residences that reflect the quality, hardworking Philadelphia families deserve.”

Read the full article at The Philadelphia Tribune..