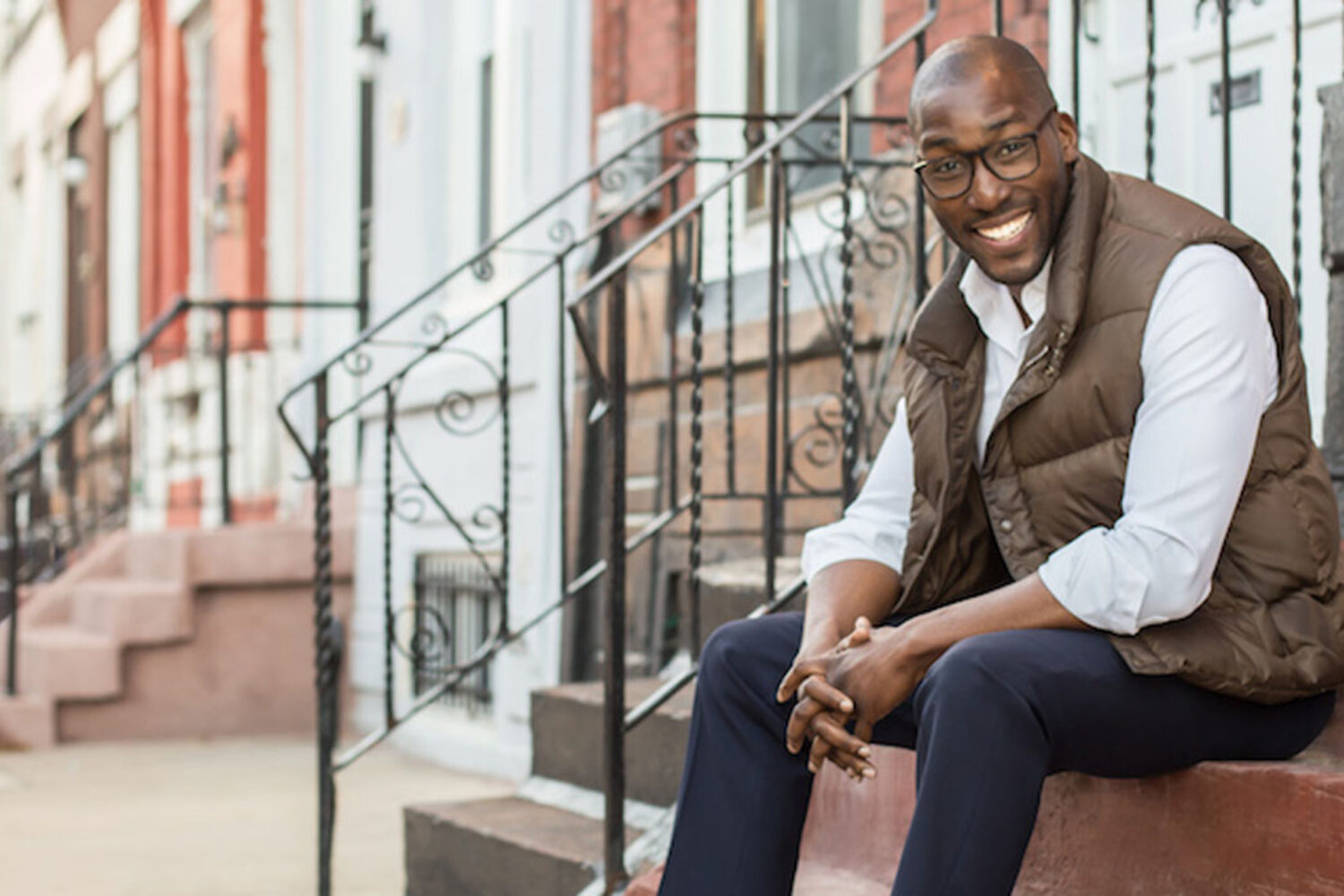 Real estate investor Tawan Davis’ firm sees an opportunity for working families in Philadelphia’s distressed housing stock. In case you haven’t noticed, rental housing has become the place where the action is in the residential real estate industry today.

Several factors have contributed to this shift: Mortgage lending standards remain tighter than they were before the housing bubble burst, meaning fewer would-be buyers qualify. Millennials especially graduate college with huge millstones around their necks in the form of student loan debt that makes taking on a mortgage impractical at best. And Baby Boomers moving back to the city often prefer living arrangements where someone else does the maintenance.

The end result of this harmonic convergence? Everybody wants to build rental apartments now — even the big home builders like Toll Brothers.

But there’s still a problem: Everybody’s building those apartments for the folks with money. That means a glut of pricey apartments and a bunch of younger families and working folk still in search of a place to live.

The head of the Steinbridge Group has made profiting big off lots of small-scale deals a specialty since he became its first CEO in 2016. But that hasn’t been his sole goal. And in order to advance one of those other goals, the New York-based investor has, like many other New Yorkers, moved to Philadelphia in search of affordable housing. Not for him, but for the working families who need it.

“For the first time in recent American history, people are starting families in rental housing,” he says. “People used to get married, buy a house, then start a family. Now they’re starting families, renting for a while, then buying.”

These young families face another problem: Most rental housing isn’t suitable for raising a family.

“If you have a one-bedroom apartment with 900 square feet of space, that’s a difficult place to start a family,” Davis says. “I think this creates a demand for rental housing, but for single-family rental housing.”

Philadelphia happens to have a lot of single-family housing, a legacy of the local real estate industry’s emphasis on fostering homeownership. A good chunk of it is distressed in some way as well: it may be poorly maintained or abandoned, or it may have been foreclosed upon.

It’s these homes that serve as the feedstock for Davis’ community renewal effort.

Instead of buying large blocks of distressed houses from banks or courts, something Pennsylvania law makes impossible anyway, Davis makes his purchases one house at a time. His ultimate goal: to invest $50 million into creating attractive affordable rental housing for working families and the middle of the local market.

Since arriving in Philadelphia, his firm has acquired 60 houses, and another 40 are under contract. He aims to have 400 to 600 properties in his portfolio when all is said and done.

Filling the hole in the doughnut

He’s not looking to flip them, either. Steinbridge aims to become a good landlord and a stabilizing force in the communities where it invests.

“I find ‘slumlordism’ despicable and offensive,” he says. “If we can buy our houses, fix them up, move people in and keep the trash picked up, other people will want to follow us. We will stabilize the neighborhood because these people can’t afford a $400,000 recently flipped house.

“In America, we have a strategy for taking care of rich people, but rich people can take care of themselves. Then we try to legislate around housing the poor. We have not done a good job of providing quality affordable housing for the people in the middle and their families. I think there is an opportunity for the private sector to come in and fill the hole in the doughnut.”

Replicating his own journey

There’s a sense in which all this is personal for Davis, who was born to and raised by a single mother in Portland, Ore. (“I didn’t even know my father’s name until I was a teenager,” he says.) He comes from a Pentecostal family but learned early on that faith alone has its limits: “I asked my grandmother when I was 15, ‘If we have so much faith, why are we still poor?’

“We lived at the statistical poverty line,” Davis continues. “But I spent my education trying to understand American economics.” He did quite well at this, putting himself through Georgetown University, landing a first job at Goldman Sachs, then heading off to Oxford for master’s degrees in sociology and economics before finishing with an MBA from Harvard Business School.

After that, Davis worked his way through a series of increasingly responsible positions in the private and public sectors, including a stint with the administration of New York Mayor Mike Bloomberg. There he served as vice president of real estate for the New York City Economic Development Corporation before returning to the private sector. A consortium of international investors tapped him to run the newly christened Steinbridge Group in 2016 in order to raise its profile as it expanded its commercial portfolio to gateway markets up and down the East Coast. The firm executed $800 million worth of real estate transactions that same year.

A new departure for Steinbridge

His venture into Philadelphia also marks Steinbridge’s entry into residential real estate and may also be the first time the words “Philadelphia” and “gateway market” have appeared in the same sentence. But this city is a different kind of gateway, as what Davis is doing here should make clear. Among the large cities of the Eastern seaboard, only Baltimore offers the kind of potential for doing well by doing good in real estate that Philadelphia offers. Steinbridge sees it as the ideal place to launch a strategy of becoming a major institutional player in the single-family residential rental market nationwide.

As befits someone who has drunk deep from the well of economics, Davis is good at rattling off numbers. Here are the numbers that spell opportunity for him, for instance: “It used to be that people rented for 2.2 years after marriage on average. Now they rent for about 6.6 years on average. There’s been an 18 percent dip in homeownership since the financial crisis, the biggest dip in homeownership since the Great Depression.”

And he has some more local numbers to explain why this is so. “If you stuck a pin in City Hall and went five blocks south to Graduate Hospital, you will see a 1,600 percent increase in property values over a 15-year period. If you go further south, to Point Breeze, there’s a 1,100 percent increase.

“Working people are being pushed out. They need to live in safe, bustling, close-in neighborhoods too” — and, he says, his investment firm can help make that happen.

Yet for all he can spout numbers, Davis also still has a bit of the evangelist in him. “I tell people I don’t have a business, I have a calling,” he says. “My calling is to create economic opportunity. I could have done it in the ministry; I have a preacher grandfather. I could have done it in politics; I worked for the Bloomberg administration. But I chose to do it in business because I think it has the greatest potential to create jobs, or more importantly, opportunity.

“We’re in this for the long term,” he says. “We want to be good neighbors and long-term residents of Philadelphia. That’s why I moved here, that’s why we’re building an office here, and that’s why I’m building a team here.”

Read the full article at phillymag.