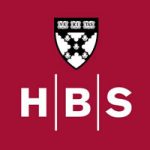 A plan to buy, fix, and rent homes in major markets aims to keep city living an affordable option for urban residents. Tawan Davis (MBA 2006) was 15 years old when he first recognized an issue prevalent in American cities.

“I asked my grandmother why everyone else had money and we didn’t,” recalls Davis, who grew up in Portland, Oregon, now one of the most rapidly gentrifying cities in the United States. “Ever since then I’ve been trying to understand the economic gaps in the United States. Why are large groups of people systemically financially underprivileged?”

One answer, Davis soon discovered, is a lack of access to real estate.

Davis, now the CEO of real estate investment firm the Steinbridge Group, is working to solve that problem by investing in single-family homes in gentrifying communities, renovating them to high standards, and then offering them as rental units to working-class residents at rent-reasonable prices. It is an approach he says that is both a good investment and a public good.

“You want to see positive economic changes in a community, but you don’t want people who have been committed to and living in the community for generations to be displaced,” Davis says. “We can prevent that by creating rental opportunities for people who want to stay in their community.”

Davis is a by-the-numbers guy. He rattles off the statistics effortlessly: There are about 133 million housing units in the United States, about 84 million of which are single-family homes. Of those 84 million, about 22 million are available for rent. Most of those 22 million are owned by individual landlords or small mom-and-pop operations, who often feel economic pressure themselves in rapidly gentrifying communities as taxes and other costs rise. Only 2 percent are owned by large institutional investors, and most of those homes are located in suburban communities. Add the fact that more Americans are renting than any time in the last five decades, and Davis knew there was a market opportunity here.

Yet Davis moved in the opposite direction of many real estate investors. He didn’t target big states with large suburban populations and laws that allow companies to buy foreclosed homes in bulk. He didn’t follow smaller developers who flip houses, renovating and selling them quickly, often further inflating housing prices. And he definitely did not follow in the footsteps of the slumlords, those absentee owners who have long reigned in lower-income and transitioning communities.

“Slumlordism is both immoral and financially ridiculous,” Davis says. “It erodes the community and the value of your assets.”

Instead, Davis developed a long-term plan to invest in renovating and maintaining rental properties in major East Coast cities. (These states are generally less friendly to institutional investors—they require houses be purchased one at a time and often have complicated tax codes—but Davis, who served as vice president of real estate for the New York City Economic Development Corporation under Mayor Michael Bloomberg (MBA 1966), was undeterred by the prospect of red tape.) The housing problem, it was clear, was most acute in these cities.

“That’s where the jobs are. People who work in and around cities should be able to live there. Teachers, firefighters, postal workers—those are the people who are most affected by increasing housing prices,” Davis says. “Steinbridge is focused on offering a quality product to those people.”

The Steinbridge experiment is already underway in Philadelphia—what Davis calls “the perfect prototype.” In Pennsylvania, houses cannot be purchased in bulk, and Philadelphia is a major city with large middle-class and working-class populations. It’s also experiencing a dramatic increase in housing values. The 19146 ZIP code, about a mile and a half from City Hall, experienced a 404 percent increase between 2000 and 2016, second only to downtown Los Angeles. Within that area, there are still some bargains to be found—including in Point Breeze, in the southwestern portion. That’s one of the four communities where Steinbridge is investing in Philadelphia. (The others are University City/West Philadelphia, near the University of Pennsylvania; and Brewerytown, about a mile north of the city’s iconic art museum.)

Steinbridge currently owns about 100 houses in those four communities; dozens are already under renovation. By the end of 2018, the company hopes to increase its holdings to between 250 and 300 properties, with an ultimate goal of revamping and renting some 500 homes. With monthly rents ranging from $900 to $1,400 for a single-family row house, the Steinbridge properties can provide a foothold for 500 families who might otherwise be displaced by rising prices, Davis says.

Philadelphia is just the start. Over the next three to five years, Steinbridge plans to replicate the single-family rental-property model in the outer boroughs of New York City; northern New Jersey; Washington, DC; Baltimore; and, possibly, Boston. In total, the group plans to invest $425 million throughout those markets ($50 million to $60 million of which is being deployed in Philadelphia).

“We believe this is an expandable, repeatable model,” Davis observes.

Davis thinks like an investor—“we’ll see outsized returns,” he says, more than once—but also admits he’s invested a little of himself in this project. One day this spring, as Davis walked through West Philadelphia with his construction crew, a neighbor drove by slowly and stopped the car. “He rolled down the window and said, ‘You are coming to make these neighborhoods better. Thank you,’” Davis recalls. “I got somewhat emotional at that.”

Read the full article at HBS.