A flood of capital is chasing rental housing 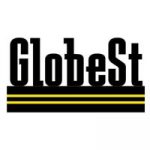 From apartments to SFRs to manufactured homes, housing is popular with investors.

With many commercial real estate sectors struggling because of the pandemic, investors are zeroing on a few specific places—apartments and industrial.

Housing is popular because it has generally held up during the pandemic. In fact, in some areas, it has flourished. That has attracted a lot of investors. Brendan Coleman, senior managing director, Walker & Dunlop, said his company sees at least 30 bidders for deals that come to market.

That sort of investor interest is pushing cap rates below 4% on some assets in the Sunbelt. “In some of those markets, particularly in the Sunbelt, we’ve seen rental increases,” said Trevor Koskovich, president of investment sales at NorthMarq. “We’ve seen pricing climb.”

For rental housing, that capital is exploring asset classes that didn’t exist a decade ago. For example, Coleman said the build-for-rent has “caught fire” in the last 60 days.

“There seems to be so much money chasing these subdivisions with purpose-built for rental communities, whether it be assembling portfolios of single-family homes or actually going out and buying a chunk of land and developing a community just for rental,” Coleman said.

Single-family rentals have also been boosted by pandemic-related migrations that have freed people to work from home. “I think it is part of that expansion from the core out into the suburban areas,” Koskovich said

NorthMarq is active in the SFR space, completing a $235 million sale of 1,000 homes last year. It is working with several national home builders on the strategy. Additionally, the agencies are moving into space and offering leverage levels that you would typically see with apartments, according to Koskovich.

Even in manufactured housing, Koskovich sees sub-3% cap rates. “There is a mass movement to housing,” he said. “I think it comes with the availability of leverage.”

Bobby Khorshidi, president, Archway Capital, thinks the sheer amount of capital out in the market is driving build-to-rent’s growth. “That is a strategy that has gotten legs with the historically low rates and this thirst for yield,” he said.

But there is another side to the amount of money coming into housing, as Coleman pointed out. “The money people are putting into these acquisitions is making it so expensive that the rents they need to earn are pricing out a lot of people,” he said.

Coleman said the one silver lining is that Fannie Mae and Freddie Mac are shifting to focus on properties that meet their mission. “I do think from the agency standpoint, the liquidity is really going to be much better suited towards those mission-focused properties,” he said.

One source of affordable housing could come from conversions of hotels to apartments. Tom MacManus, president, MONEY360, said that he is looking at a couple of reuse projects. But it isn’t easy.

“That’s a tough road,” McManus said. “You’ve got to have great sponsorship. You have to know the market. You don’t want to be a pioneer in that area. So there are a lot of underwriting considerations for that.”

Co-living could also provide another way to ease the affordability crisis. Even in the middle of a pandemic, Khorshidi has seen interest in these projects. “If it’s more affordable than renting a studio, then we feel strongly that it serves a need in the market, and someone will rent it,” he said.

While hotel conversions and more co-living spaces could ease affordability concerns on the margins in some markets, Koskovich argues that broader change needs to occur to really tackle the problem. With long entitlement processes and regulations adding to development costs, he says it’s nearly impossible to build affordably in many cities.

“The fact of the matter is if the government and the other folks want to have a role in creating more attainable and affordable housing today, we need to look at regulations,” Koskovich said. “It’s a really critical part of it that people don’t discuss often enough.”

Right now, it is just expensive to provide housing. “The affordability gap is just getting worse between the cost of product and the cost of renovating a product, which puts you into a higher price point,” MacManus said. “So it has been a real challenge. Certainly, land isn’t inexpensive either.”

Read the full article at GlobeSt.