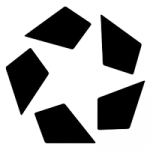 A recent construction loan completes the $2.3 billion in capital committed by partners Related, Oxford and Mitsui Fudosan, representing the full capitalization for the iinitial development phase at Hudson Yards, which now exceeds $18 million.

Asian outbound investment into U.S. and other global commercial property markets increased significantly in the first half of 2017 compared with a year ago. While China remains the leading source of capital by a wide margin, other Asian nations such as Japan, Korea and Singapore are also seeing increasing allocations to CRE, according to the latest research from CBRE.

Roughly $45.2 billion of Asian capital was directly invested into global property markets in the first six months of 2017, a more than 98% increase from the first half of 2016, led largely by the investors preference for such mega-deals as Mitsui Fudosan Co. Ltd.’s closing of a 90% stake in the construction debt allowing the development of 50 Hudson Yards, one of the largest stand-alone office buildings ever to be built in Manhattan.

The deals these Asian players are signing are on average much larger than transactions earlier in the real estate cycle. In the first half of 2017, nearly three-quarters of committed investments were deployed into transactions valued at $250 million and over, compared with 56% in the corresponding period in 2016, according to CBRE.

“The appetite of Asian investors for high-quality cross-border real estate assets remains solid and sustainable for the foreseeable future,” said Tom Moffat, executive director of capital markets, CBRE Asia. “The type of transactions and the geographic and sectoral diversity is where we see the most significant change in 2017.”

While few analysts foresee a 1980s and ’90s-level wave of Japanese capital bound for U.S. shores, the late-cycle economic recovery and expansion in the Land of the Rising Sun has caused a marked increase in interest from Japanese institutional investors for U.S. real estate assets in gateway markets such as New York City, San Francisco and Los Angeles, said Tawan Davis, CEO with New York based Steinbridge Group.

“Japan in particular is experiencing its first economic expansion in more than a decade, with about two decades of economic malaise before that,” Davis said. “The reason Japanese investment is looking abroad, and particularly to U.S. real estate, is to match its income with its fixed debt obligations in Japan.”

Japan has been plagued by weak economic and demographic growth combined with frequent bouts of deflation over the last 15 to 20 years. However, recent data shows the domestic economy has expanded over the last several quarters, with GDP numbers released last month showing annualized 4% growth in the second quarter fueled by increased Japanese consumer and business spending, extending what’s now the longest growth run since 2000, Bowers added.

That being said, China remains the Asia Pacific’s largest bloc of outbound capital, despite heightened regulatory and capital controls by the Chinese government.

Chinese sovereign wealth funds emerged as the largest single investor class during the first half of 2017, driving total capital deployment to over $25 billion in the first six months, versus $10.1 billion for the same period last year, CBRE said. China-based property companies and conglomerates have also been considerable buyers of offshore real estate assets this year, the Los Angeles based CRE services company said.

A new round of capital controls was announced by China’s State Council and the National Development and Reform Commission (NDRC) on Aug. 18, focusing on offshore real estate investments. According to CBRE, while the move may not affect the medium- to longer-term appetite for outbound investment, it could potentially re-shape investors’ allocation strategies.

The Hudson Yards investment by Japanese conglomerate Mitsui Fudosan, which has a heavy concentration in insurance and other fixed-income assets and obligations, is a good example of Japanese capital seeking higher yields outside the home country as the Japanese economy hits its stride again, Davis said. Mitsui clearly deemed that the benefits of its stake in one of the most reliable U.S. gateway markets outweighed the relative risks posed by building a largely speculative project at a time of heightened supply and global economic and political uncertainty, Davis added.

“You can’t get much more risky and speculative than investing in a massive 2.6 million-square-foot office building in Manhattan. Yet capital is attracted because Japanese and other investors still view it as an acceptable risk and return profile,” Davis said.

“Hudson Yards feels like among the safest, least risky development deals around; brand new mega-sized trophy buildings with very long-term credit leases,” Silverstein said. “These are bond deals, buying the safest of the safe, the most liquid of the liquid.”

Read the full article at CoStar.